Folklore is best explained as the tales and stories told by people carried down in history from generation to generation. Folk stories, fairy tales, and even urban legends are passed down through word of mouth, etched into stone and in later years transcribed into books and even film. Some folklore attributes may have snippets of truth that, over time and as told by different people, take on different points of view or meanings. Whereas other folklore stories are pure fiction and exist to amuse or educate, especially young children. Think of some of the stories you grew up with; most likely, they were shared for generations and incorporated simple characters that solve a conflict or problem or overcome adversity.   They most likely also reinforce consequences and highlight values or moral lessons.

Folklore has a positive impact on our lives in many ways. Stories and tales can help children better understand problem-solving and decision-making.   The simple characters outlined in many stories can play an important role in passing on core values and behaviours.

Folklore can help shape a child's mind, and long into adulthood, stories and fairy tales continue to have a positive impact. They can create a sense of nostalgia and closeness to present and past families that once shared the story. Even though, as adults, we know the stories to be just stories there, we still feel a sense of happiness reading or watching them and the holiday season is one of the best times to reconnect with your inner child.

Well into my fifties, I watch Rudolf the Red Nose Reindeer every year, and without fail, I am still enthralled by the abominable snowman and sing along to the songs that I know word for word. However, it was not until this year that I came across the story's origins. Or was this just a fable as well?

The Origin of Rudolf the Red Nose Reindeer
True Story or fable, this is how it all began? 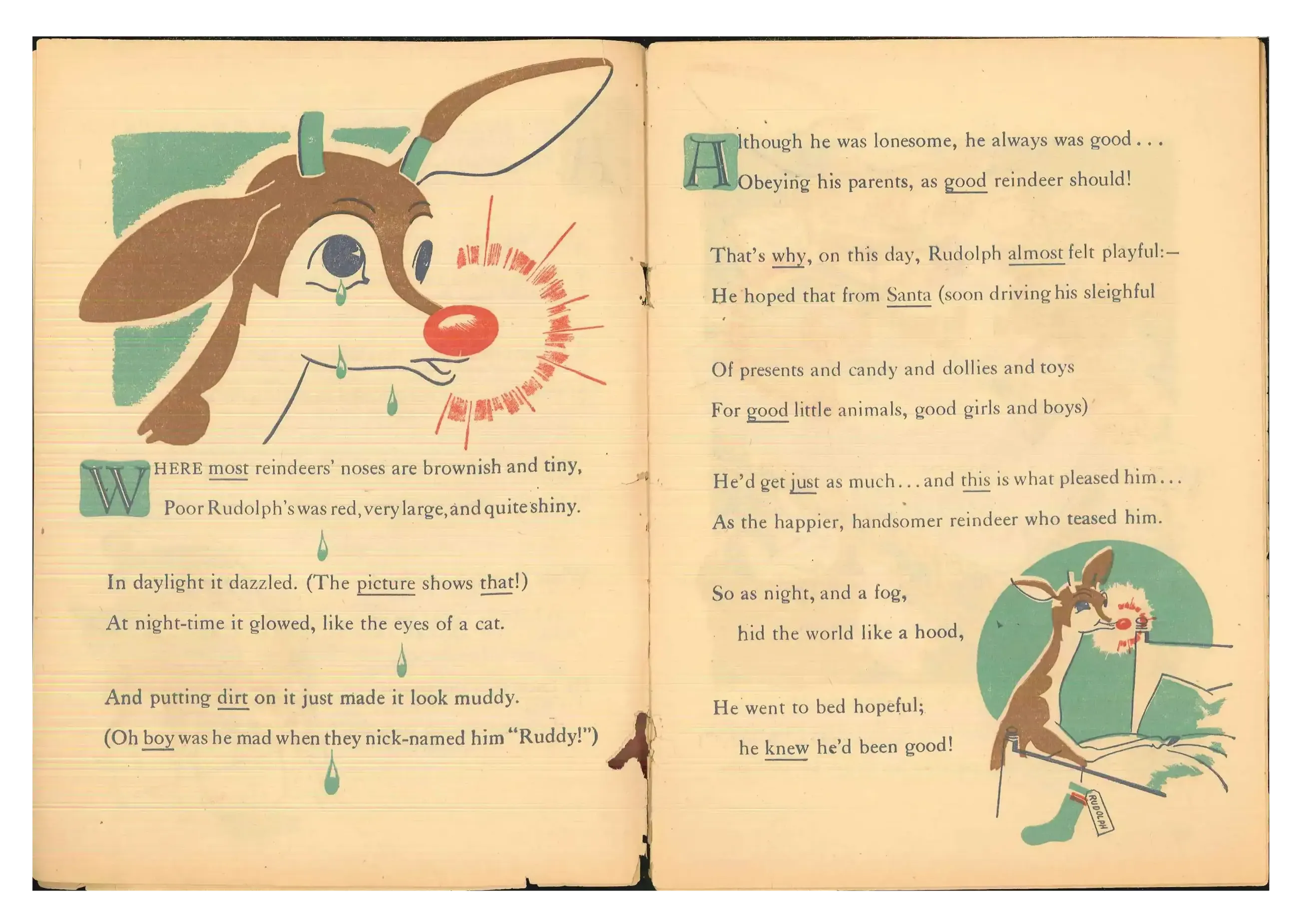 Rudolph came to life in 1939 when the Chicago-based Montgomery Ward company asked one of their copywriters, 34-year-old Robert L. May, to create a Christmas story they could give away in booklet form to shoppers as a promotional gimmick. The Montgomery Ward stores had been purchasing and distributing colouring books to customers at Christmastime every year. But this one year, they decided to save money and rather than buy the books for giveaway, they would create one of their own. Robert May, using his background as inspiration (he was often taunted as a child for being shy, small, and thin), decided on the idea of reindeer that was ostracized by the reindeer community because of his physical abnormality: a glowing red nose.   May wrote and re-wrote his story many times, testing each re-write on his four-year-old daughter, Barbara.

May's boss even first rejected the idea of featuring a "red nose," which was synonymous with people that drank too much. But eventually, the story was approved and put to print. Montgomery Ward distributed 2.4 million copies of the Rudolph booklet in 1939. Although wartime paper shortages curtailed printing for the next several years, a total of 6 million copies had been distributed by the end of 1946.

The post-war demand for licensing the Rudolph character was tremendous, but since May had created the story on a "work made for hire" basis as an employee of Montgomery Ward, that company held the copyright to Rudolph, and May received no royalties for his creation.

Deeply in debt from the medical bills resulting from his wife's terminal illness (she died about the time May created Rudolph), May persuaded Montgomery Ward's corporate president, Sewell Avery, to turn the copyright over to him in January 1947. With the rights to his creation in hand, May's financial security was assured.

"Rudolph the Red-Nosed Reindeer" was reprinted commercially beginning in 1947 and was shown in theatres as a nine-minute cartoon the following year, but the Rudolph phenomenon really took off when May's brother-in-law, songwriter Johnny Marks, developed the lyrics and melody for a Rudolph song.

Marks' musical version of "Rudolph the Red-Nosed Reindeer" was turned down by many in the music industry who didn't want to meddle with the established Santa legend. It was eventually recorded by Gene Autry in 1949, sold two million copies that year, and became one of the best-selling songs of all time (second only to "White Christmas").

The more extended televised version was produced by Rankin/Bass and narrated by Burl Ives and was first aired in 1964. It has been playing every year since !!!!!

Since the original printing, the story of Rudolf has changed in several ways 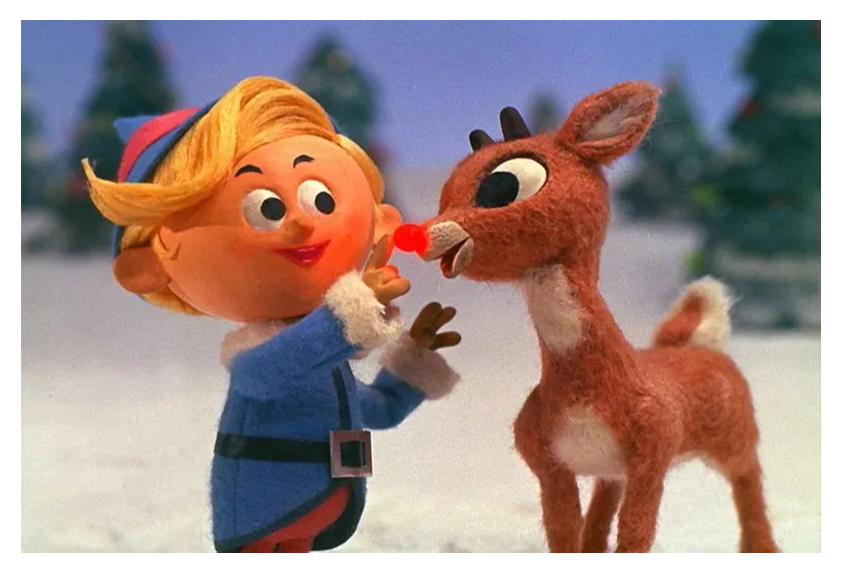 The Effects of PMS & PCOS

Heal the Body By Healing Your Cells

Is it time to consider a more alkaline diet?